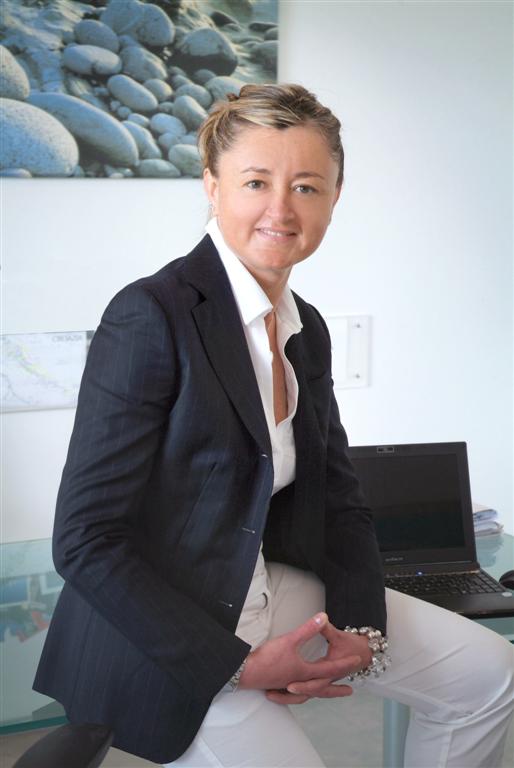 I am Susi Faggiani

I was born in Latisana, in the province of Udine, on 8th June 1968.
Once I finished high school, I decided to find myself a job in order to be independent.

I do not deny though, that still today, I regret not continuing my studies, but I promised myself that even if I would have to attend an old age university, maybe in thirty years time, I would finally get a degree in psychology!

I started working in Aprilia Marittima 30 years ago, in an agency that dealt with boat buying and selling and I performed secretarial functions. My boss was German and so I was able to practice the basic notions of German that I had learnt at school.

The experience that changed me

After a few years, I changed: I wanted to have more satisfaction and responsibilities.
I continued staying in Aprilia, but my new boss was Austrian and came from Vienna.
I’ll never forget my first day at work. It was 1990.

As soon as I arrived I met my boss’ wife (from whom I learnt most of the things I now know). In 25 minutes she explained how things worked in the agency, how to deal with the craftsmen, how to make invoices. When she went out I thought: “I’ll never make it!”.
A little while after her husband walked in. Seeing me very worried, he instinctively understood what had happened. He told me to look around, to organize the office as I wished and not to worry, because everything would have worked out perfectly. After that he walked out.

My boss trusted me immediately, and made me understand that I didn’t want to be a simple secretary and that the responsibilities of every day work didn’t scare me.

So I launched myself into this new activity with great passion: I had direct contact with the boat owners, of which 99% were Germans and Austrians. They would come to the office and leave us the keys of their boats together with a list of jobs to be done: from the carpenter to the upholsterer, from the painter to the washing of the boat; a bit of everything. My task was to coordinate craftsmen and make sure everything would be ready for the customer’s required date.

My next work experience was a continuation of what I had done before, but this time it also included the production and selling of accessories and fittings, as for example hydraulically operated lazarettos or ladders.
We had a team of 13 youngsters that were placed in the various departments: assistance, maintenance and manufacturing in the machine shop.
In this company I was considered as a collaborator and I started taking part in international nautical salons in the boat fittings and accessories sector: Genoa, Amsterdam, Düsseldorf, Barcelona, Athens, Naples, Paris.

I dealt with selling, I took part in exhibitions and trade shows and when I would come back, I would have to do all the office work. It was a very busy period for me, but also quite gratifying: I got to know many people in the sailing field.

I then entered the world of boat selling, by working for an agent of a big Italian dealer of a well known shipyard.
All this without abandoning the services sector, because once the boat is handed in, there are many things to be done.
It is very important to develop boat owner-clientele’s loyalty, and at least in my opinion, assistance is the best of ways to do so.

2011 ready for big changes !
I  became part of the Stardom sales network, exclusive distributor of Pershing yachts in Italy, as and in particular a agent for the three regions in Veneto, or better  known as “Triveneto” (watch the for sale).
Hence my decision to transfer to the new larger location, in Via dei Coralli 6, the in the  center of Aprilia Marittima.
At the beginning I must confess I had some difficulties: working with Italians wasn’t easy, the mentality is very different. But as time went by I learnt to understand it and appreciate it.
I can proudly say today, that even though my carrier changed during the years, I still give assistance to some German clients that I had back in 1990.